Why the move to BIBFRAME?

The Machine Readable Cataloging (MARC) standard was developed over forty years years ago to make bibliographic records usable by computers.  MARC records were the basis for online public library catalog (OPAC) records to make items searchable in library catalogs. This sufficed until the 1990s and the rise of the Internet.

However, MARC was so entrenched that it took another decade before the Library of Congress made the first move towards converting MARC to a Web standard with MARCXML.  This schema essentially reformatted the MARC record fields and subfields into an XML schema but was not an entirely new model.  MARCXML wasn’t widely adopted. 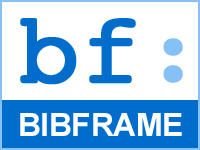 The BIBFRAME initiative was announced in an open letter “A Bibliographic Framework for the Digital Age” (dated October 31, 2011) by Deanna Marcum from the Library of Congress. In this letter it was recognized that the MARC record was outdated and a new format was needed for the Internet age.

So BIBFRAME was developed on the RDF model using Linked Data through the Bibliographic Framework initiative.  Its current draft specification is version 2.0.

The BIBFRAME Model consists of the following core classes: 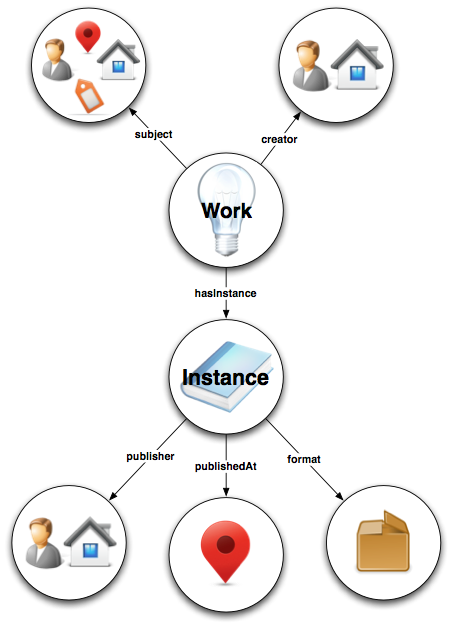 Within the Vocabulary of BIBFRAME there is a current total of 53 classes and subclasses falling under Resource such as Work, Instance, Authority, and Annotation.  A BIBFRAME Resource can have 289 current properties such as absorbedBy, classificationLcc, doi, format, relatedInstance, title, uri, to give just a few examples.

A good explanation of BIBFRAME was given in an ALCTS webinar titled “From MARC to BIBFRAME: An Introduction” by Victoria Mueller from Zepheira and Carolyn Hansen from the University of Cincinnati.

With millions of MARC records created over the last several decades, an obvious question arises: How will MARC records be converted into BIBFRAME?  The Library of Congress addressed this need in their paper “Bibliographic Framework as a Web of Data” (see Resources below):

A key part of supporting the BIBFRAME model is in providing tools and supporting services for helping migrate from MARC to a Linked Data environment. They should provide a means of navigating the output of a declarative BIBFRAME pipeline which takes existing MARC 21 data and translates this to the BIBFRAME model.

BIBFRAME.ORG offers a MARC to BIBFRAME Transformation Service to convert MARCXML files.  There is also an experimental open source marc2bibframe XQuery utility from the Library of Congress (and a Python version by Zepheira).

Here are some great online resources to learn about BIBFRAME:

Here are some popular papers about BIBFRAME: 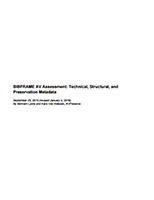 This paper, undertaken on behalf of the Library of Congress, investigates how metadata of audiovisual material can be best handled using BIBFRAME.  Sections cover preservation, structural, and technical metadata.   Appendices give examples of video, audio, and film examples.  Published in 2015, revised January 4, 2016.

Bibliographic Framework as a Web of Data: Linked Data Model and Supporting Services by the Library of Congress 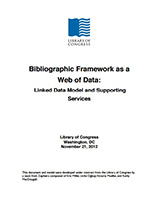 Straight from the source, this paper is an early look into the BIBFRAME model to introduce the subject and begin discussion.  It covers the four classes (Creative Work, Instance, Authority, and Annotation) and vocabulary.  The papers covers related initiatives such as OCLC’s WorldCat, Schema.org, RDA, and FRBR.  Published in 2012.

The Relationship between BIBFRAME and OCLC’s Linked-Data Model of Bibliographic Description: A Working Paper by Carol Jean Godby 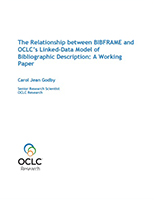 “This document describes a proposed alignment between BIBFRAME and a model being explored by OCLC with extensions proposed by the Schema Bib Extend project, a W3C-sponsored community group tasked with enhancing Schema.org to the description of library resources.”  The paper also covers FRBR and gives examples of BIBFRAME in Turtle and RDF/XML syntax.  Published in 2013.